Van Vliet Demolition successfully demolished Akzo Nobel’s former soda plant. The plant was opened by Queen Juliana of the Netherlands in 1958, marking the start of what is now Chemical Cluster Delfzijl. The plant was closed in 2009, partly as a consequence of the financial crisis. Following several years of lying idle, the old plant had become so derelict that demolition was the only option. 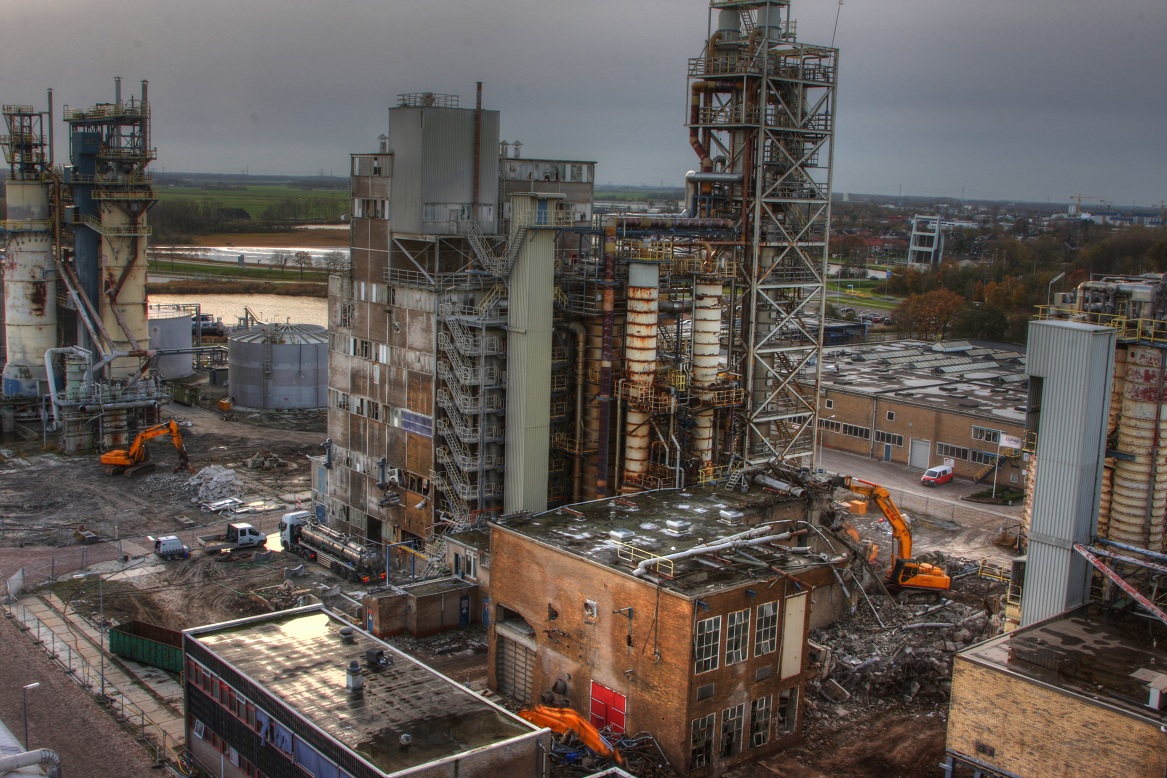 Demolition of the entire plant

Phase 1 of the project in which the belt conveyors and pipe bridges were removed began in the autumn of 2012.

After the demolition work, the whole site was levelled and seeded. We can reflect on a good project, a satisfied client and zero incidents.